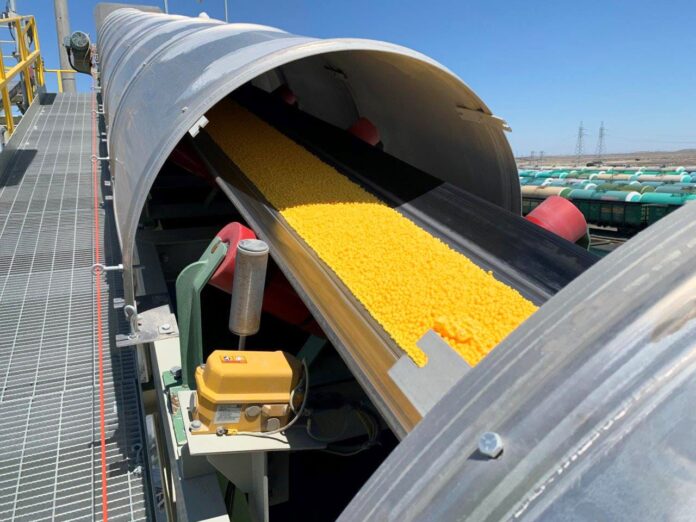 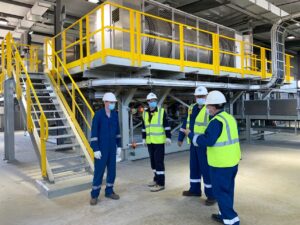 “As part of TCO’s sulfur management plan and our commitment to developing the capabilities of local companies, our team has implemented a project that has expanded sulfur processing capacity,” said Kevin Lyon, Tengizchevroil LLP General Director.

The development of local companies is one of TCO’s main strategies and it is positive that the project has been fully implemented by a Kazakhstani company and all employees working on the new facility are local personnel.

The new plant has created more than 60 jobs for local employees. And despite the challenges of the pandemic, TCO in cooperation with Caspian Group Construction LLP successfully completedinstallation and commissioning of the project in less than 2 years.

“The plant is equipped with the GXM3 unit, which is portable and easy to assemble. The manufacturer has applied the best available technologies and resources around the world and delivered them to Kazakhstan,” said Galiaskar Itishev, Granulated Sulfur Plant Manager. 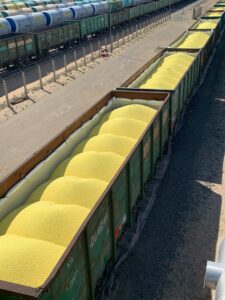 In addition to the Kazakhstani market, TCO exports granulated sulfur to markets including Africa, Europe, China, and other.

This site uses Akismet to reduce spam. Learn how your comment data is processed.